Our mission is to undertake research into the psychological, medical, biological, and computational foundations and applications of neurosciences. The goal is to understand how our minds and brain work, and how brain processes interact with each other resulting in different types of behavior. The Neurocognitive Laboratory is situated on the campus of NCU.

We are open to new ideas. We continuously look for research opportunities in the area of neuroscience.

Neurocognitive Laboratory is devoted to basic and applied research that helps to understand human development, biological foundation of behavior, specific skills, relation between mental and brain processes. We focus on basic research that open the way to social innovation and practical applications, innovations that facilitate development of full human potential at all stages of life, from infancy to old age.

This is a great challenge, requiring the use and development of sophisticated equipment, work of highly interdisciplinary group of experts in cognitive science, neurosciences, psychology, informatics, signal processing, technical sciences, physics, statistics and mathematics. Currently most of our work is concentrated on understanding mechanisms that enable effective training of cognitive skills using therapeutic computerized games.

Neurocognitive Laboratory is a part of a Center for Modern Interdisciplinary Technologies (CMIT) at the Nicolaus Copernicus University (NCU) in Toruń, Poland.

Plans to build CMIT and the idea to establish Neurocognitve Laboratory to support research in cognitive science have been formulated in 2010. Earlier a group of NCU professors – Jerzy Perzanowski, Jacek Malinowski and Urszula Żegleń from Faculty of Humanities, Bronisław Siemieniecki from Faculty of Pedagogics, and Włodzisław Duch from Faculty of Physics, Astronomy and Infromatics – initiated development of cognitive science in Poland, establishing in 1997 first polish journal in this area (Kognitywistyka i media w edukacji) and in 2001 forming Polish Cognitive Science Society. In 2009 Cognitive Science become the third major field of study, run by the Faculty of Humanities at NCU, wit support form other faculties.

CMIT building was completed in 2013, and during the following year the laboratory was organized, equipment purchased, personnel trained to use it. A successful grant application “NeuroPerCog: development of phonematic hearing and working memory in infants and small children” from the National Science Center, gave the lab necessary boost to start real work. 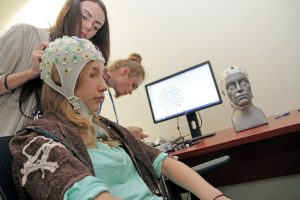 Head of the Laboratory 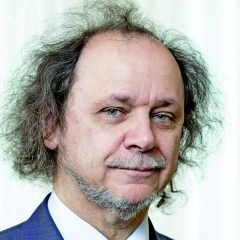 Google by name, or directly: http://www.is.umk.pl/~duch

He graduated with honors from the Faculty of Mathematics, Physics and Chemistry of the Nicolaus Copernicus University (UMK) in 1977, where 3 years later he also defended his PhD in quantum chemistry with honors, and then in 1987 he obtained a postdoctoral degree in theoretical physics / applied mathematics. He was awarded the title of professor in 1997, and in 2000 he was employed as a full professor. In 2012-14, he was the Vice-Rector for Scientific Research and Information Technology at the Nicolaus Copernicus University in Toruń, and in 2014-15, he was the Undersecretary of State (Deputy Minister) at the Ministry of Science and Higher Education.